The Lost Ark Pirate Coins guide is provided below. In this article, we’ll teach you where to look for pirate coins in Lost Ark, and more particularly, which islands have them. There are various unique types of currency in Lost Ark, each designed for a specific purpose. Of course, the preferred method of payment for seafarers is Pirate Coins.

You can trade them with merchant ships and traders at various areas in return for precious items, tools, music, and more. The good stuff, however, will cost money. However, that’s good news since that means there are tonnes of things to discover and tonnes of Pirate Coins to gather. To advance in the best way, you should do the tasks on Blackfang’s Den Island as soon as you hit level 50. You can earn about 10,000 pirate coins by doing the easy chores, which involve collecting few swords and skulls and getting rid of a few items. Easy enough.

You should be aware that going to this island requires going to Anikka, Atlas, Peyto, and Vern as well. It also initiates communication with Captain Blacktooth, and all things considered, it grants you the following benefits.

For effortlessly completing everything on Freedom Island, you will receive a whopping 15,000 Pirate Coins. You will also receive the following advantages if you complete Freedom Isle in Lost Ark:

Lullaby Island is another excellent place to find Pirate Coins, where 16,500 can be found. In a nutshell, in order to finish this Island, you must acquire the Song of Resonance from Peyto. You’ll also benefit from the following things:

Peyto, a tiny ship that was formerly a part of the previous Island, must be visited. Since this is also where the Glacier Isle quest starts, we’ve combined both into one. You will benefit from completing every task by doing so in the following ways: 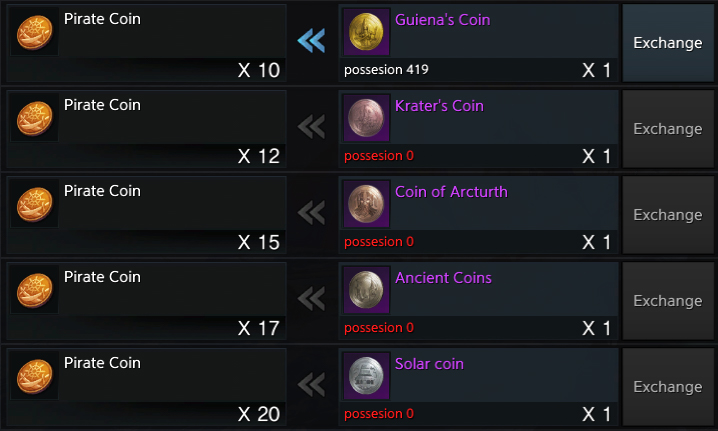 On Giant Mushroom Island, you’ll need to chop up some giant mushrooms, so make sure you have Life Skill Energy and a handy axe. Your logging skill must be level 10 in order to pass them. The procedure can be sped up by joining a group because there’s a chance you’ll get a Giant Mushroom Island token. The benefits comprise:

From time to time, lootable objects and chests will drop the Golden Wave Island token. The advantages of this Island are as follows:

A task to locate Lina is offered on a sign north of her. By successfully completing the Crook Catcher Daily Una’s Task five times, you can get the Runaways Island Token. The advantages of this island include:

For Kalthertz missions, you’ll also need to go to White Wave Island. The Una Dailer for Prisoner Emancipation can be unlocked here, awarding you 10 Leap Stones. Benefits include:

Following completion of Sublime Island, you will receive:

You must spend a lot of time on the tasks at hand and travel to a number of places, including Shushire, Vern, Anikka, Tortoyk, Arthetine, and Luterra. It is possible to open a daily Una’s Task for commemorative coins. The benefits in this case are:

Cradle of the Sea Fermata rewards include: